The Zero Hotel re-inhabits spaces and buildings through a modular system. In Porto, the first hotel has born, in a former of bank building. Wooden capsules inhabit the floors creating contrast between the old and the new, between the previous function of the building and the current one. It was thus wanted that the design of environmental design was neutral, direct and with the intention of creating a dialogue between the past and the present. The development of the signage is based on the shapes of the capsules. Being cubic, straight lines and neutral forms, we developed a custom-type that reflects this geometry. Based on the typography, the icnography and other elements that are used in the space has born, that are applied nowadays in large scale and directly in the wall, or in smaller dimensions in parallelepipedas bases. We see in the signage a clear extension of what is the architectural design, or in this case, the system that was found to inhabit the building. Direct painting systems were also favored, such as stencil or screen printing, which makes these elements more naturally based in space. With this, we ensure that all the elements, architecture, interior design and signage have the same tone, thus creating a harmonious dialogue either with the guests or with employees.
photography Tiago Casanova 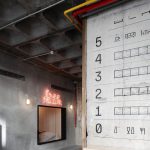 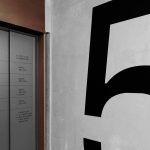 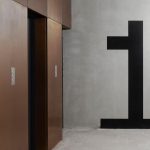 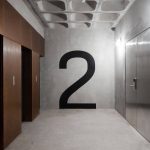 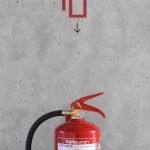 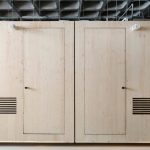 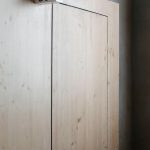 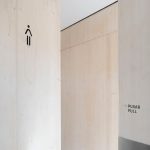 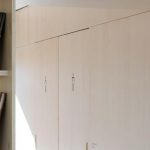 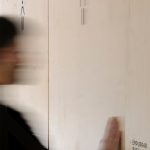 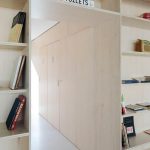 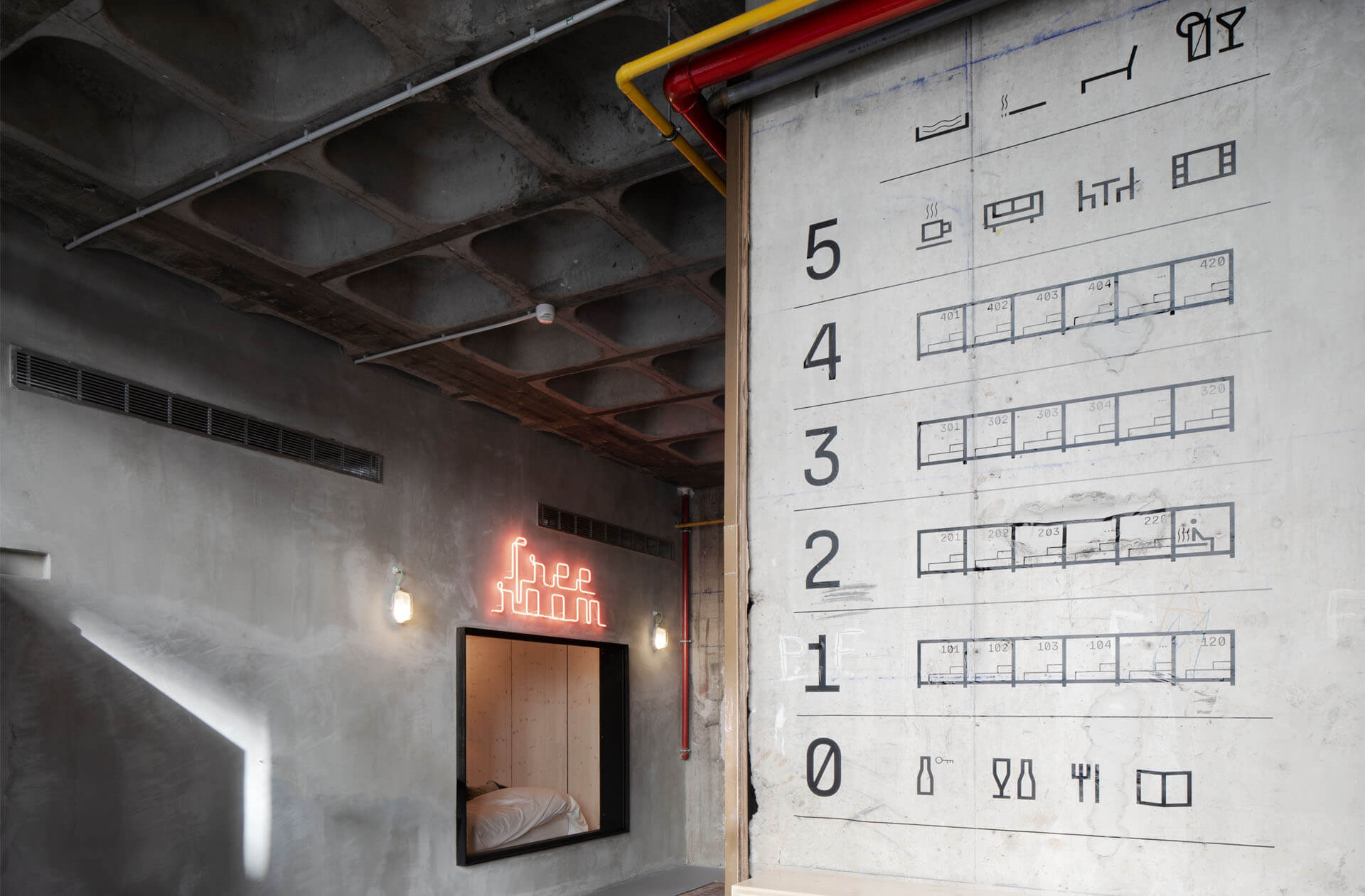 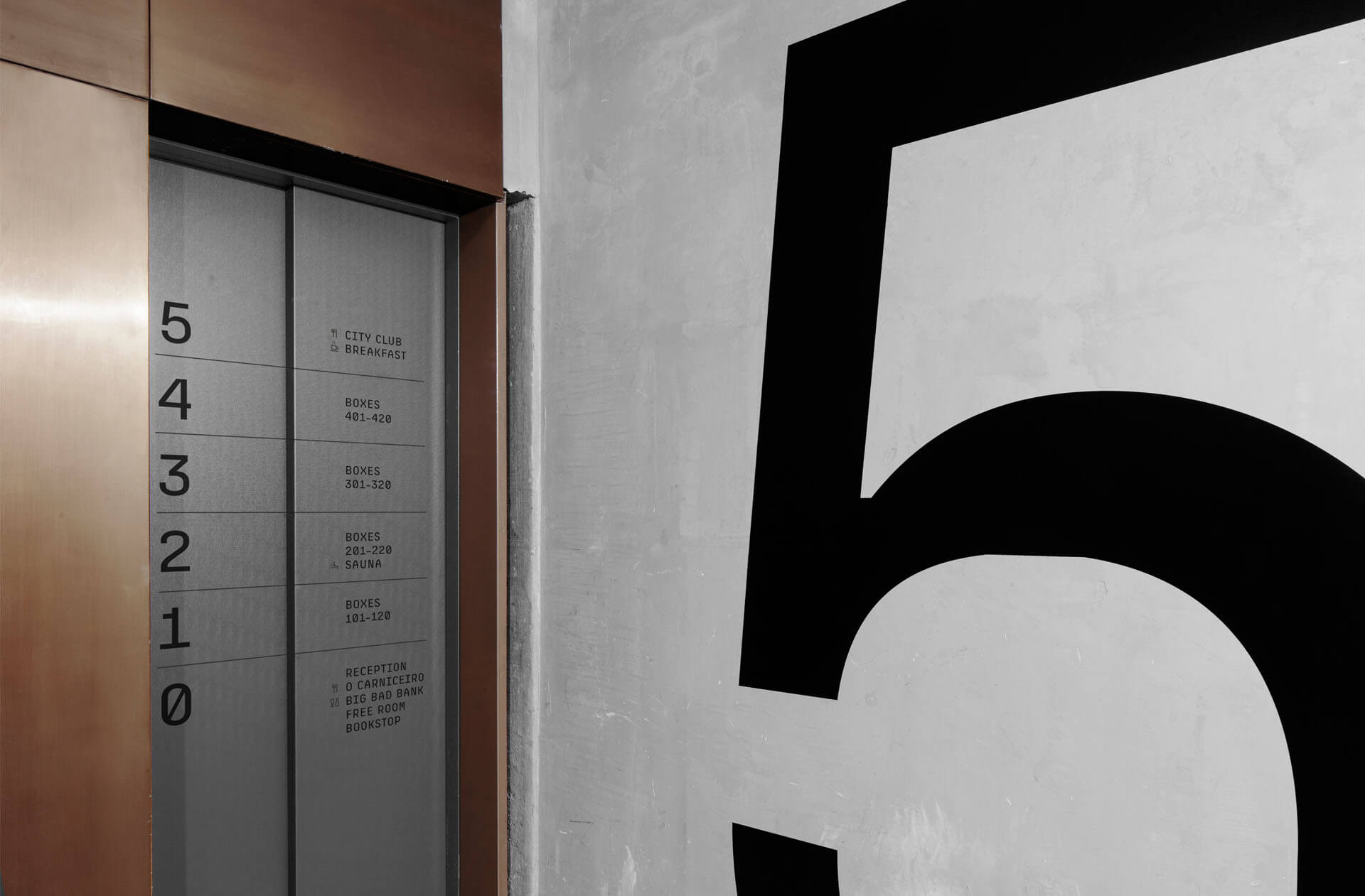 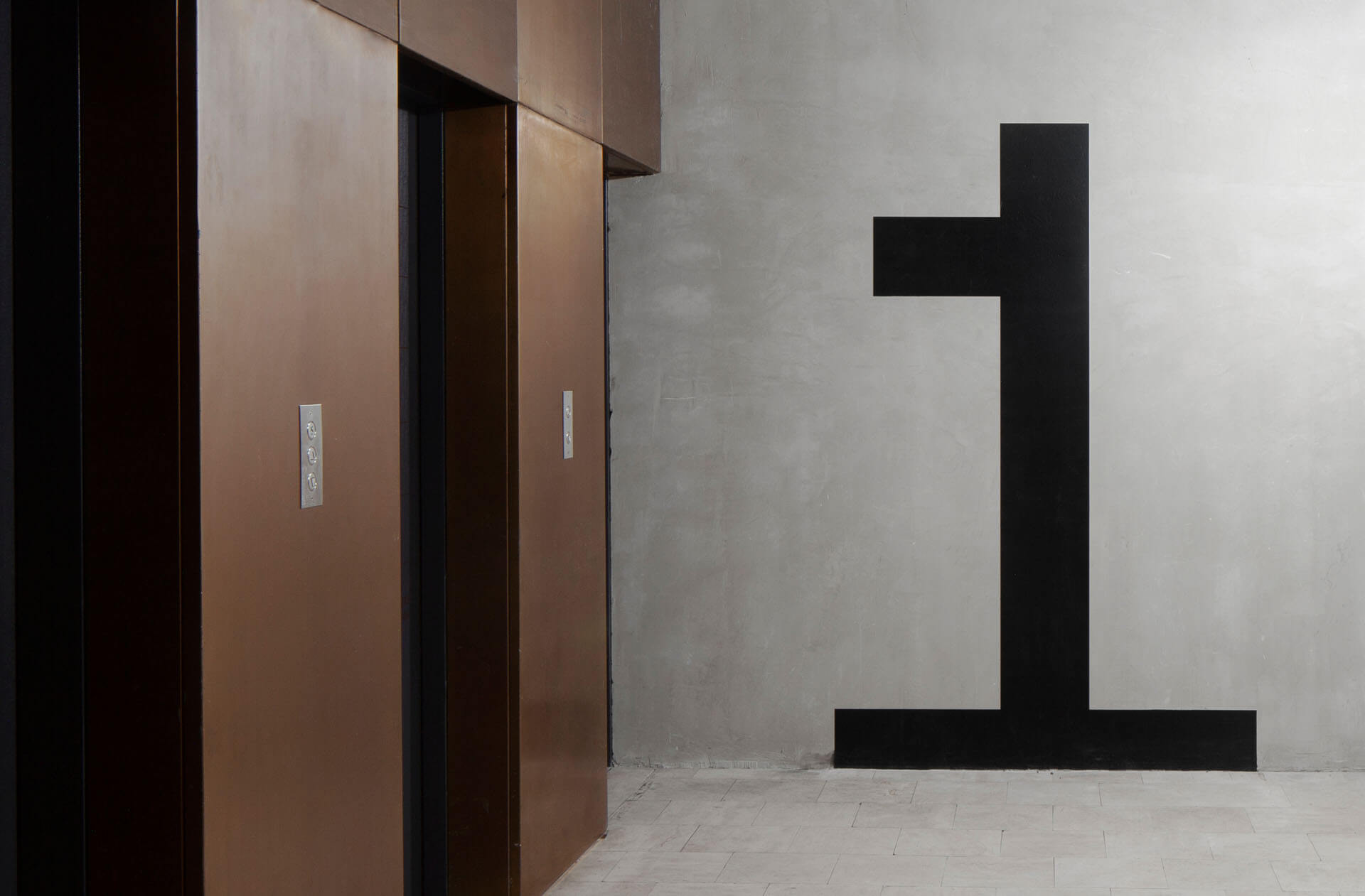 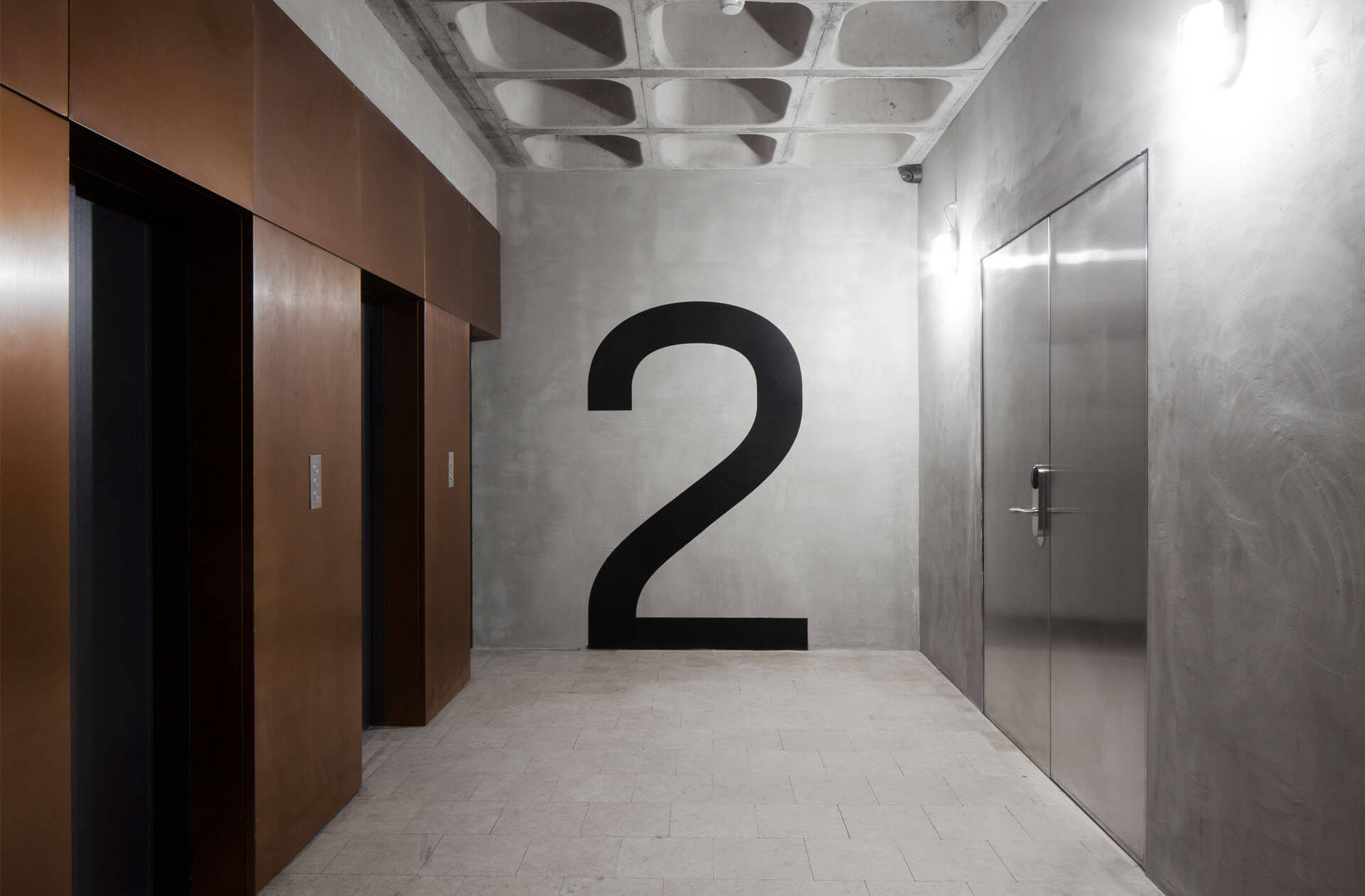 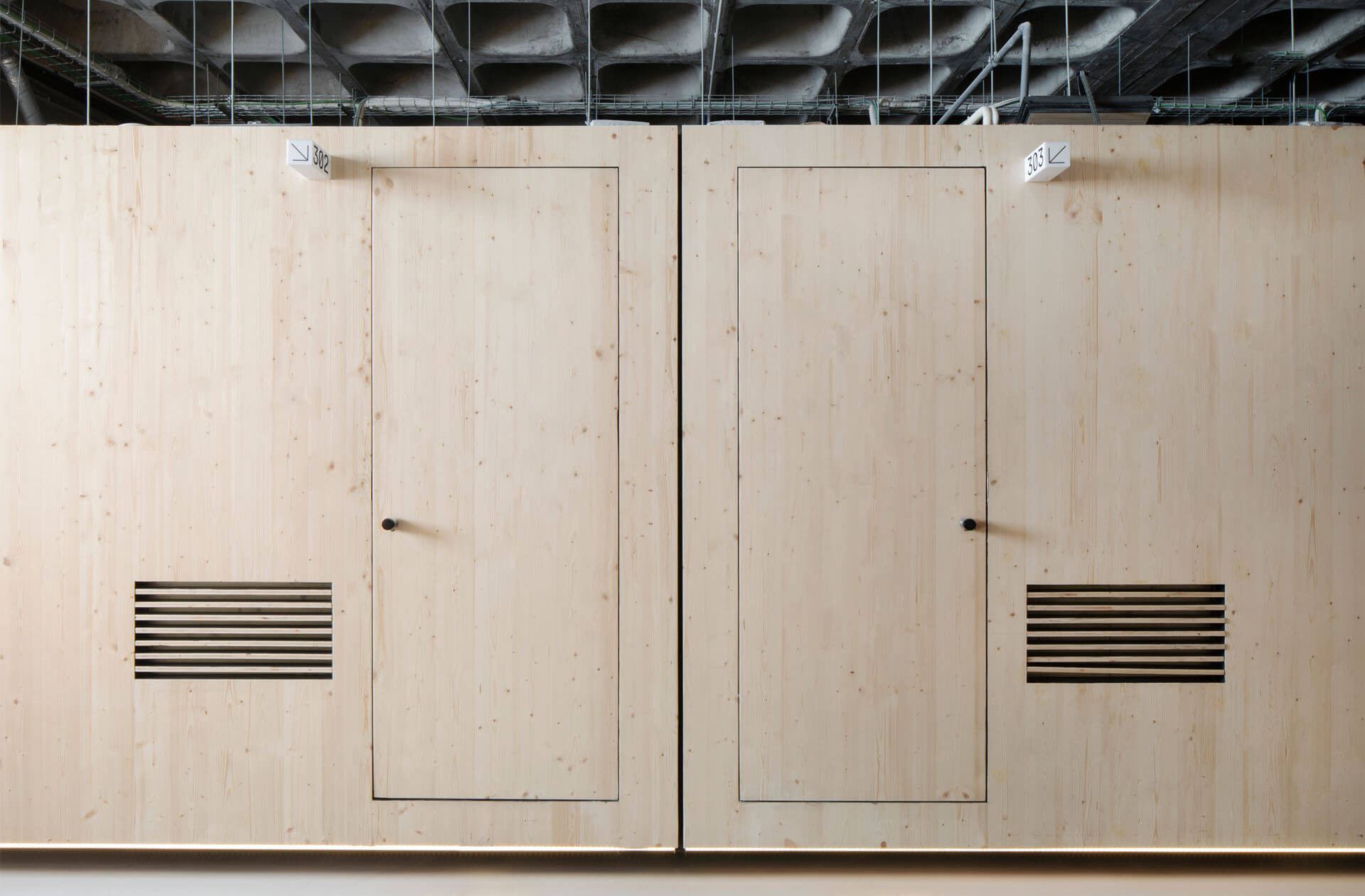 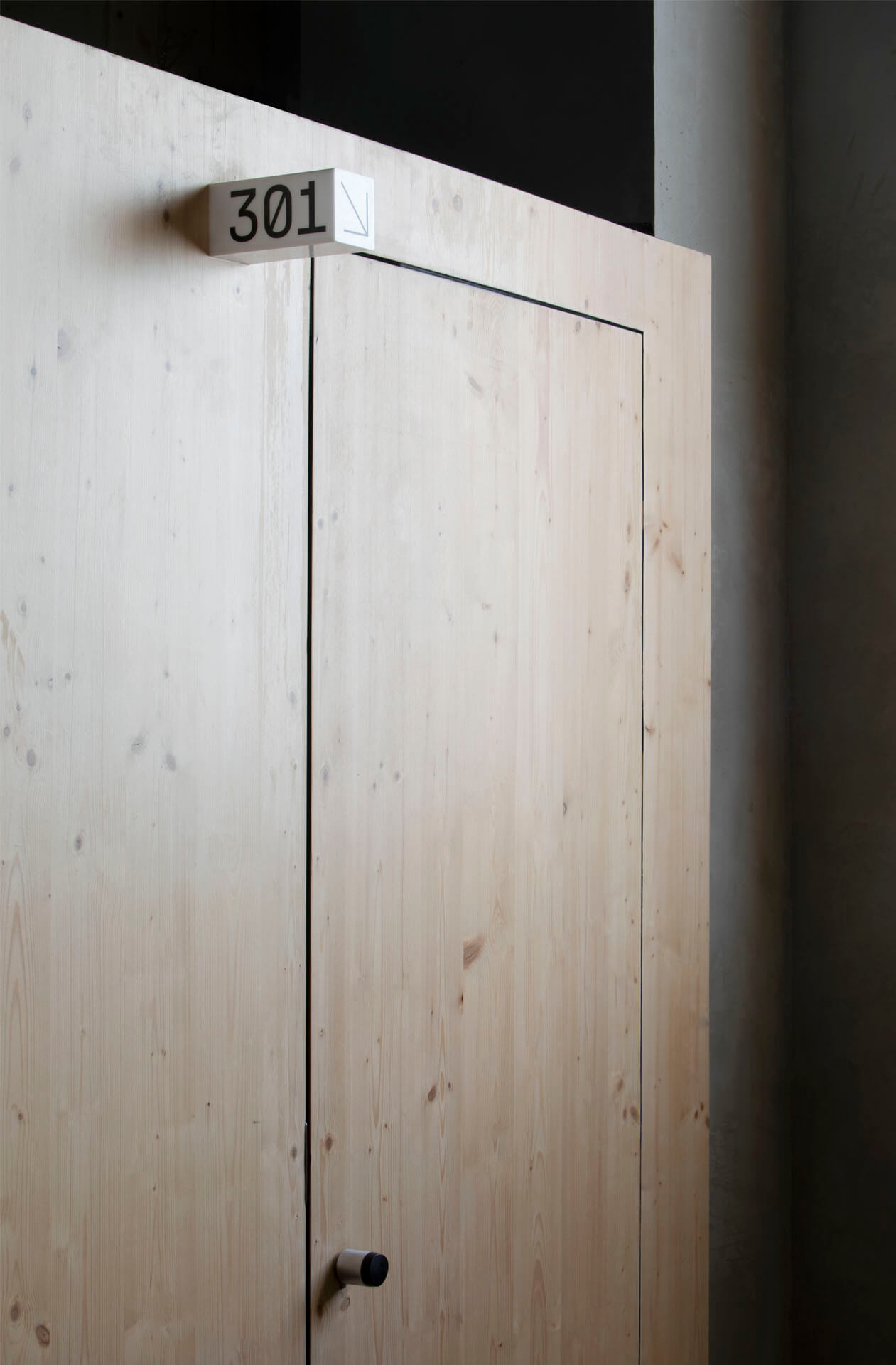 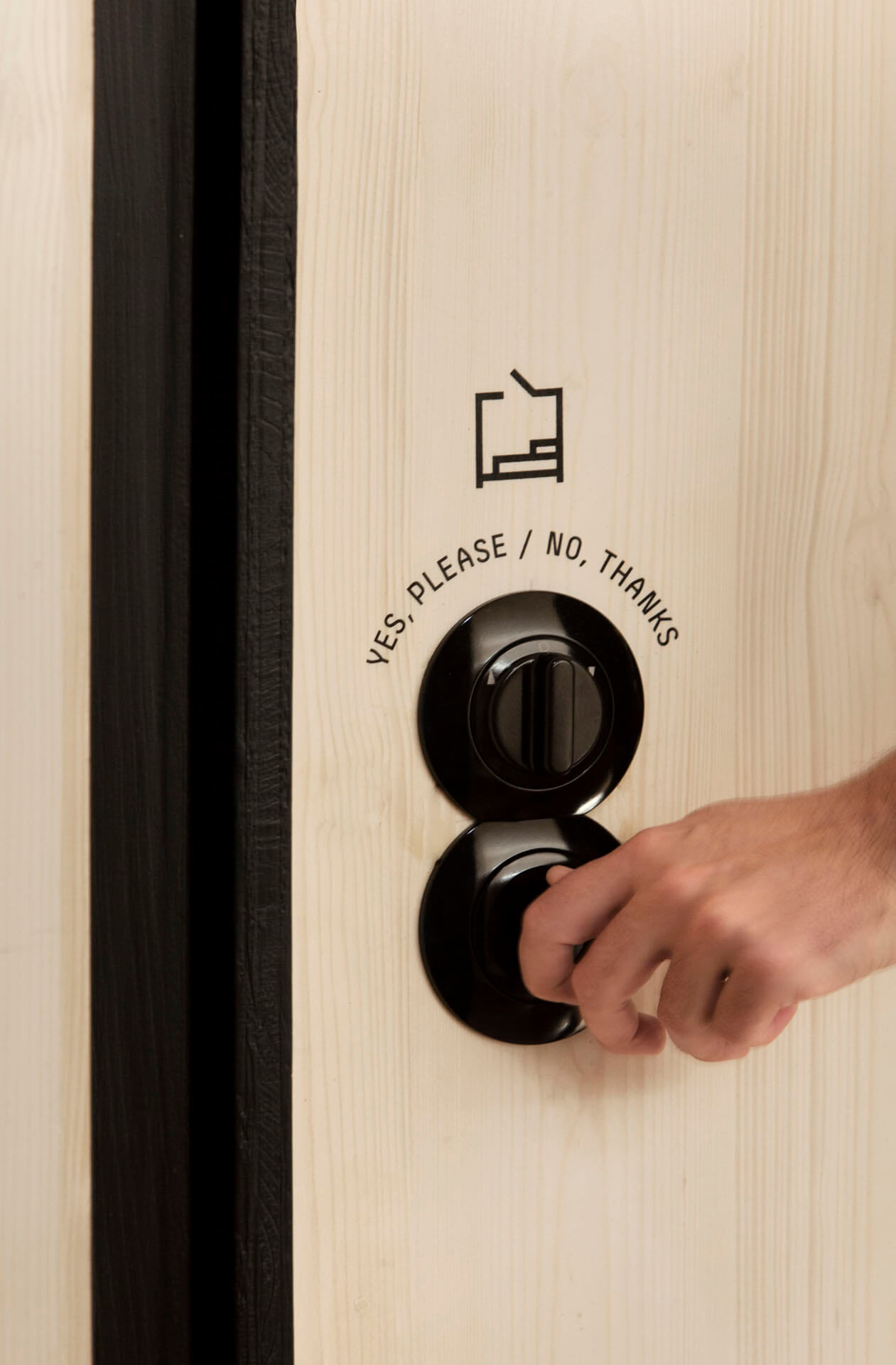 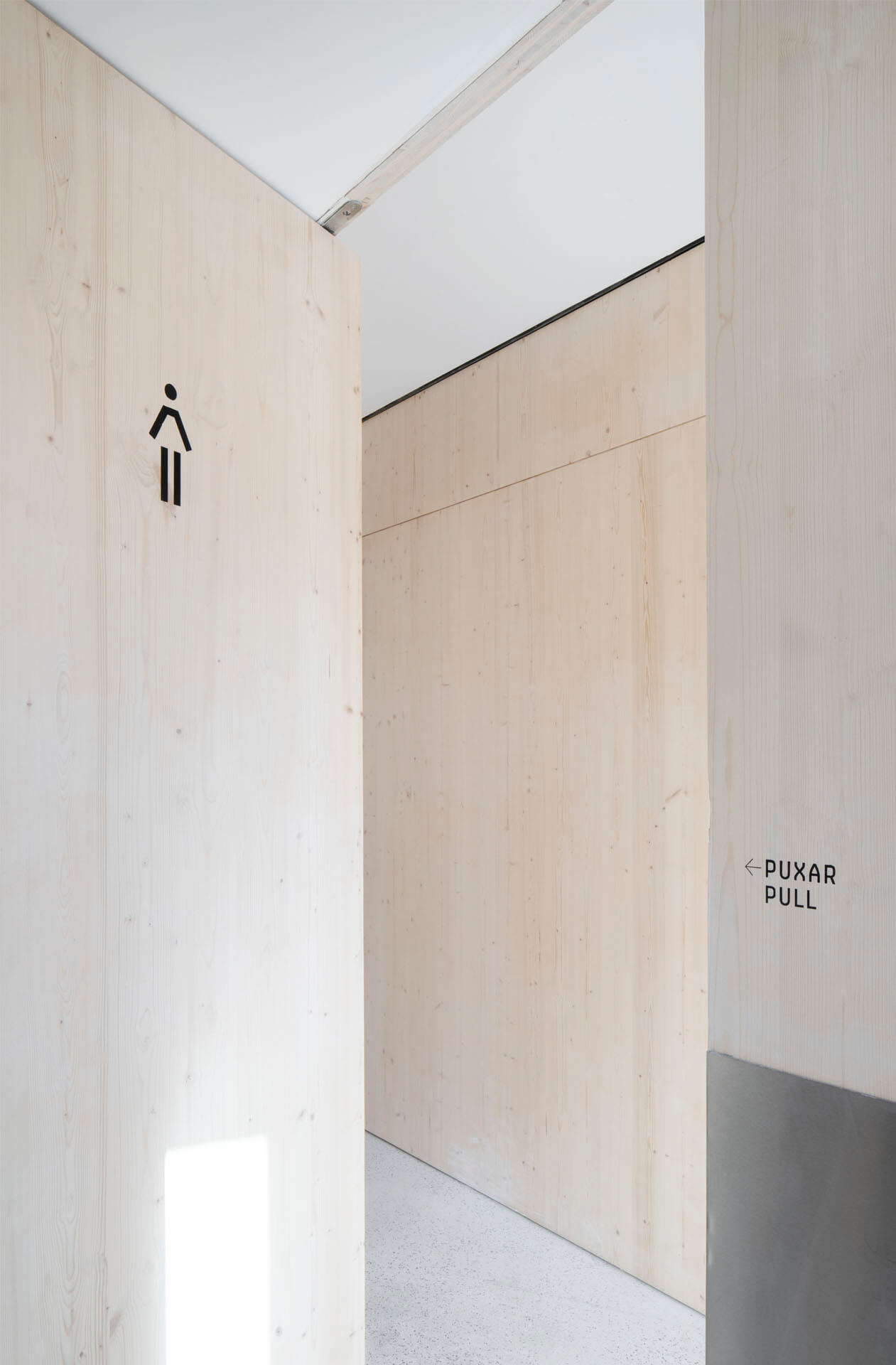 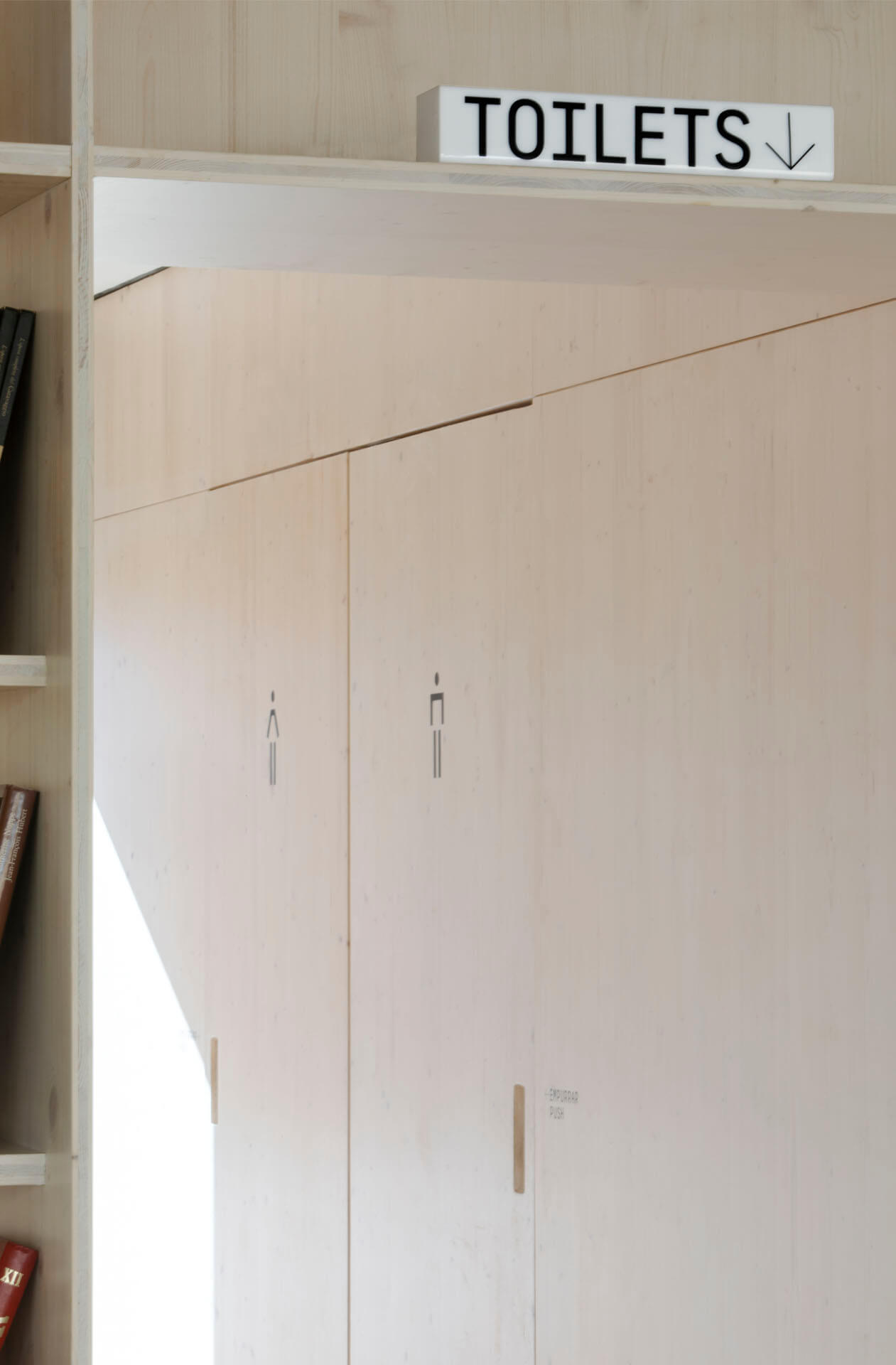 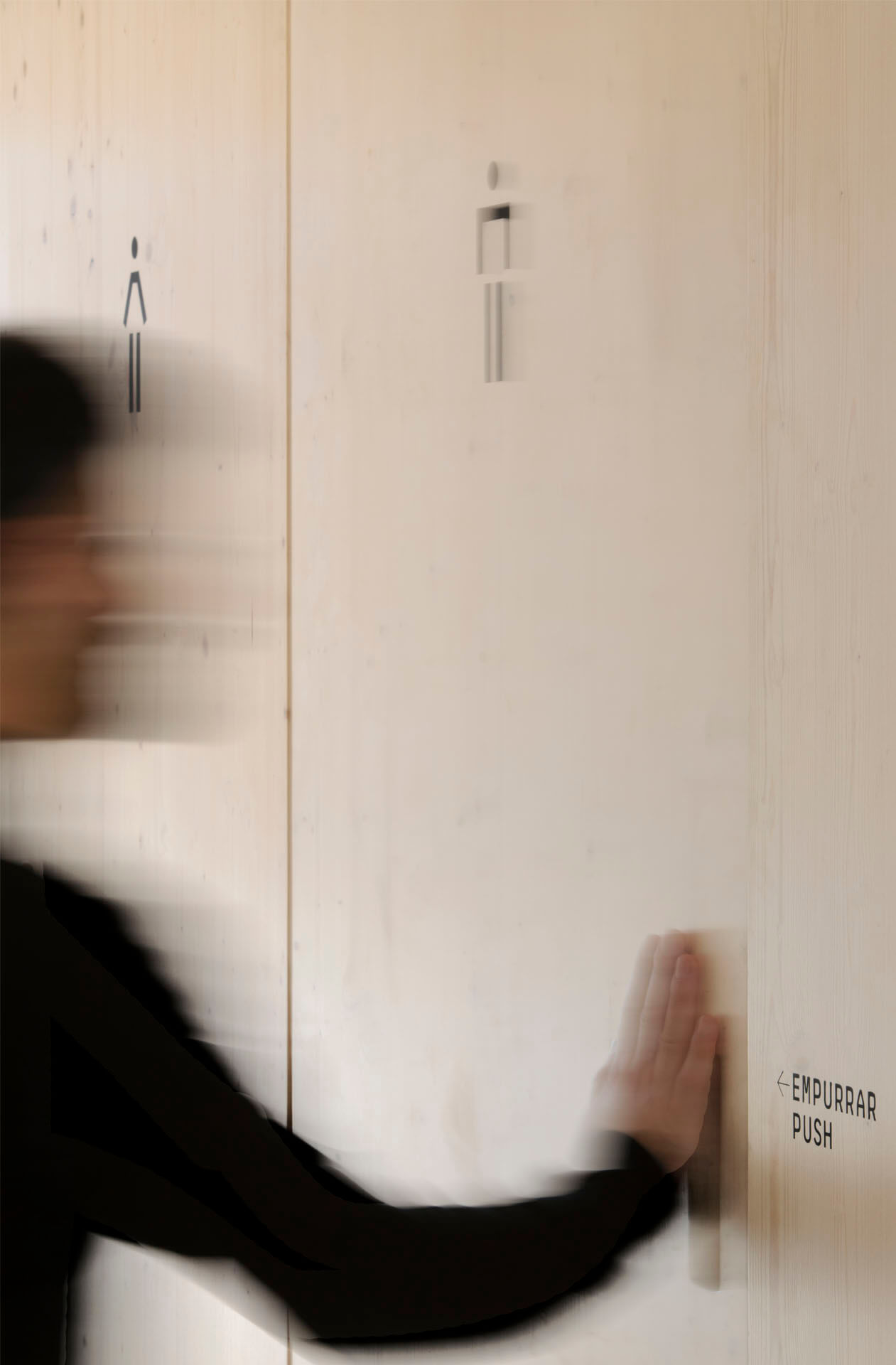 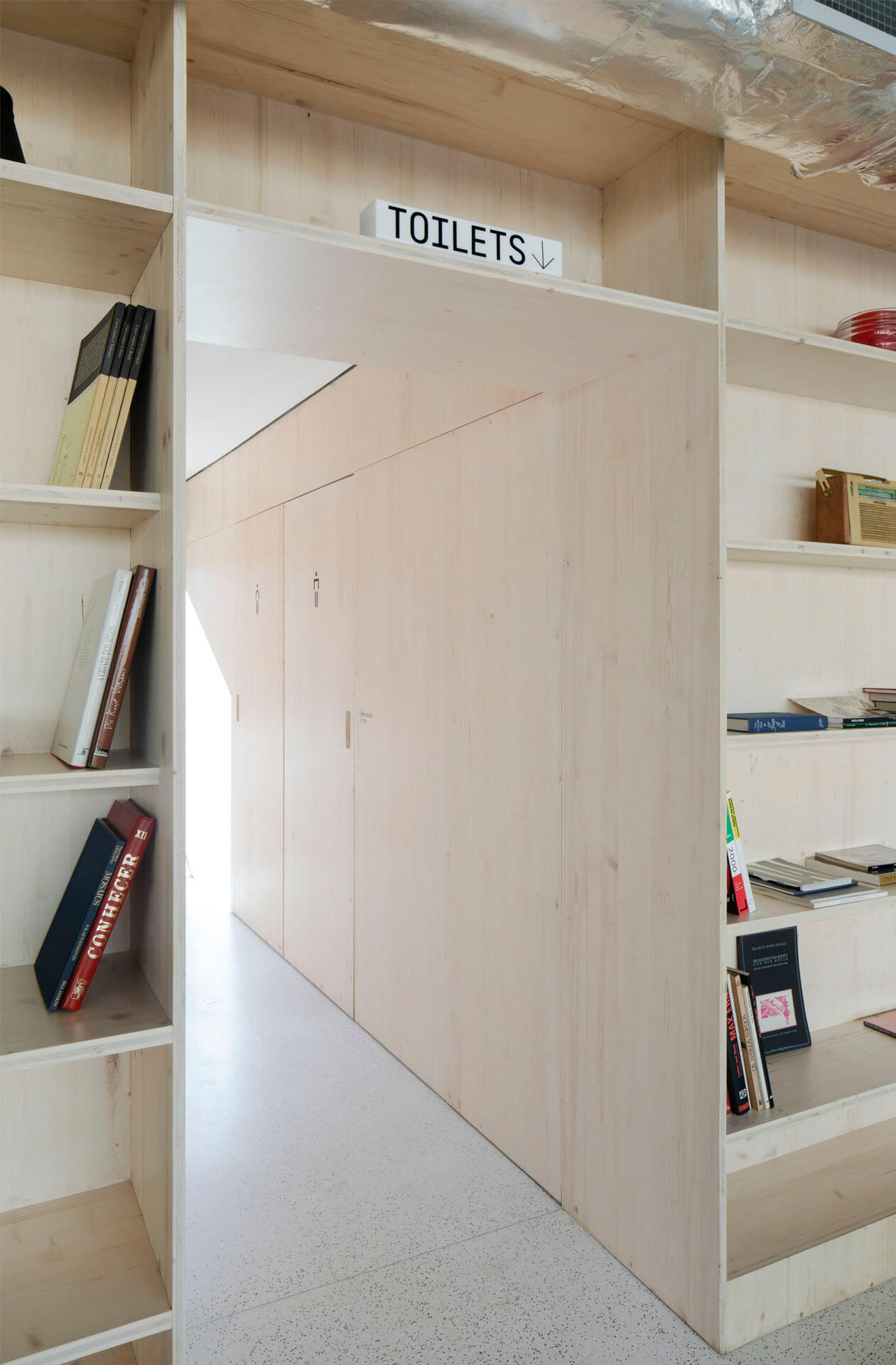