Rei Lear is a tragedy written by William Shakespeare drafted in 1605. It depicts the gradual descent into madness of the title character, after he disposes of his kingdom giving bequests to two of his three daughters based on their flattery of him, bringing tragic consequences for all. In this play, the company Actoúnico made a adaption for the modern times. So we wanted to have a kind of 50/50 poster… using a kind of medieval elements (the typography and the symbols like the bird) but giving a contemporary language. 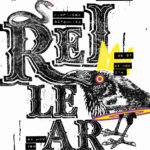 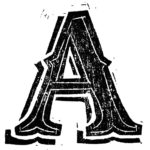 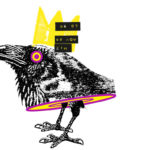 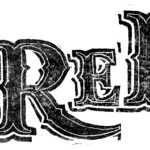 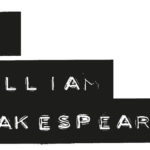 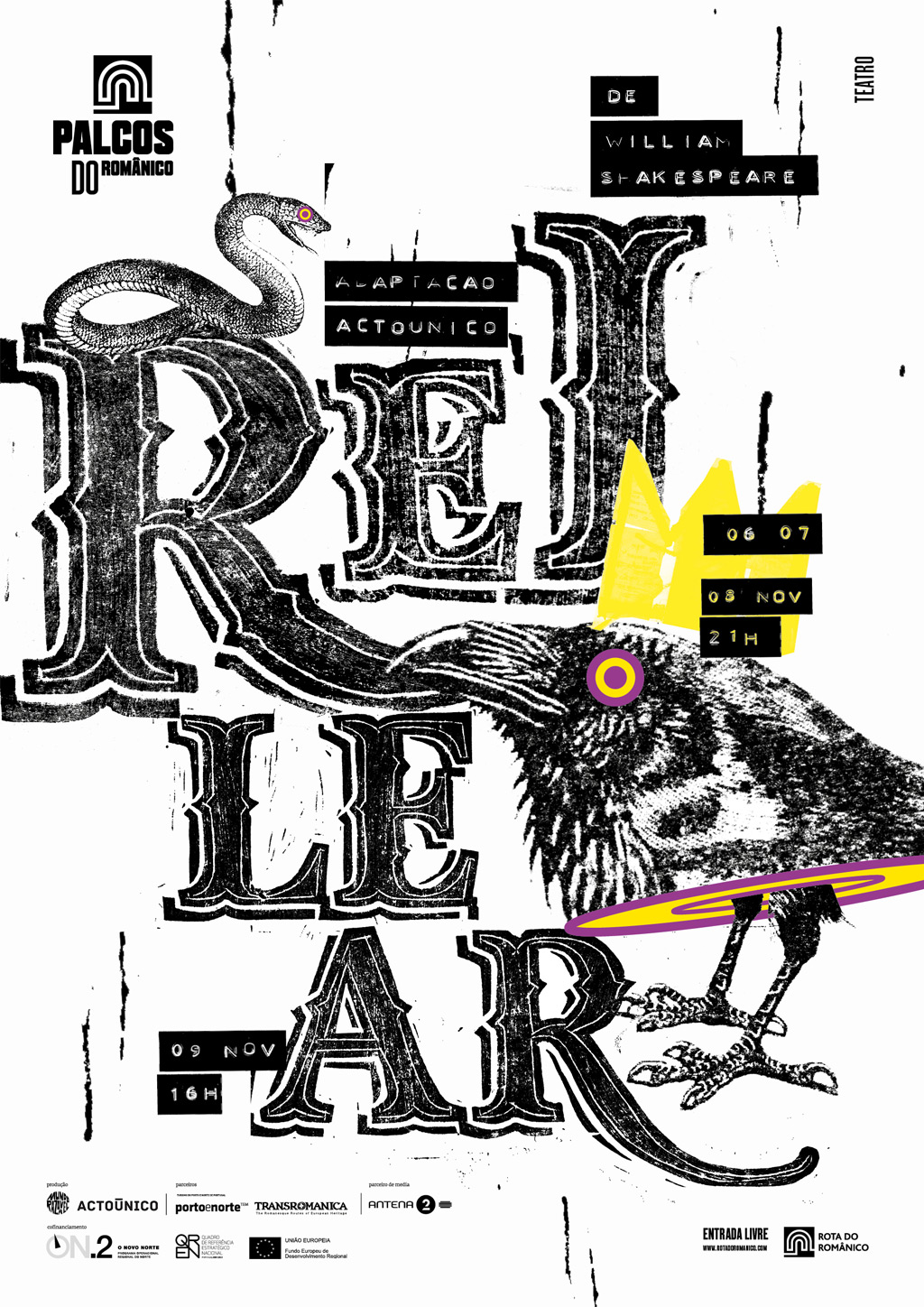 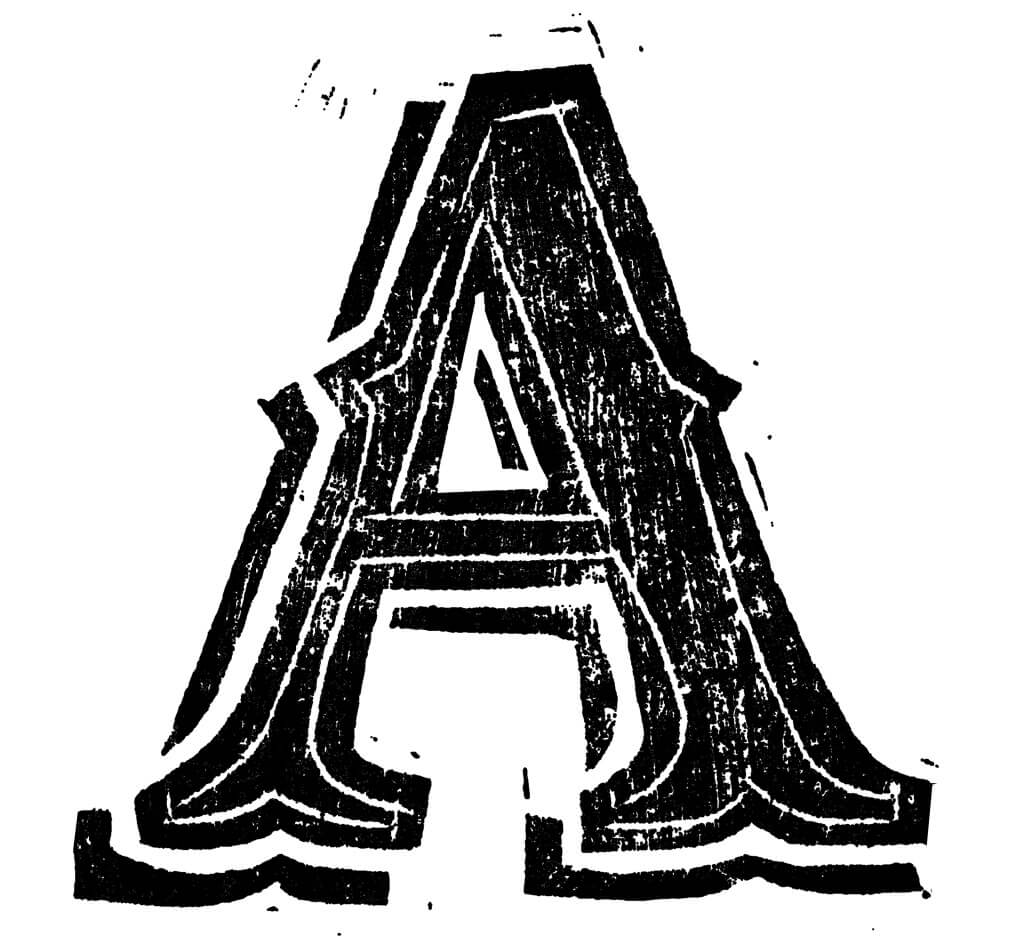 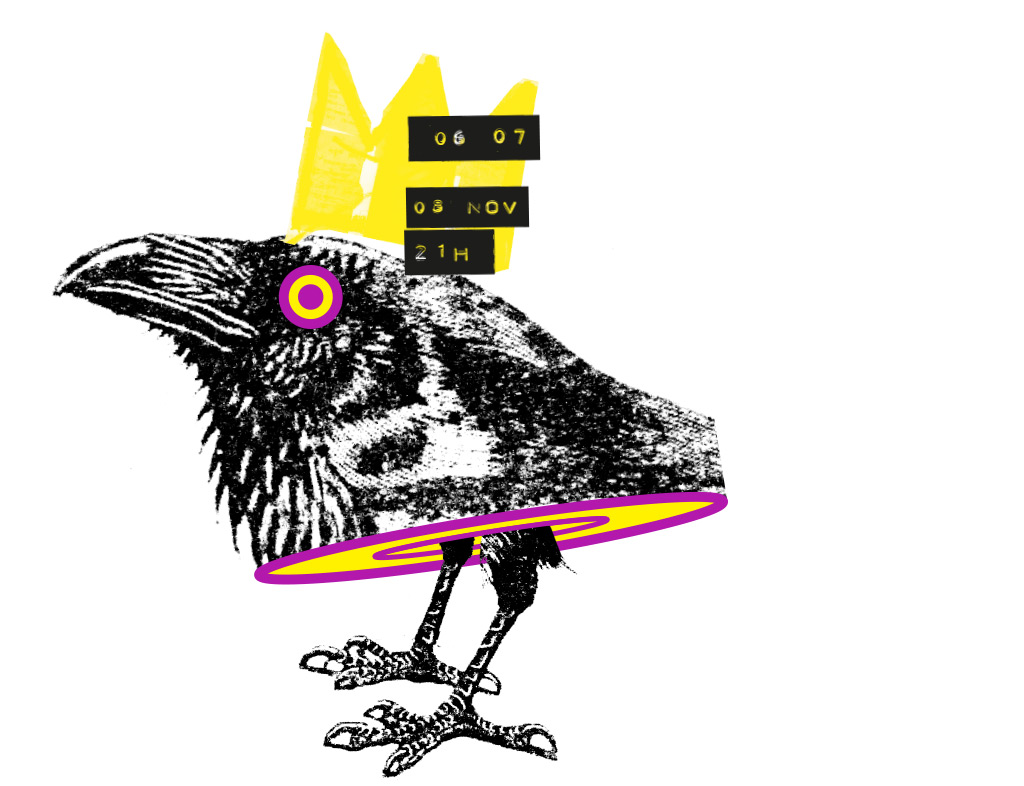 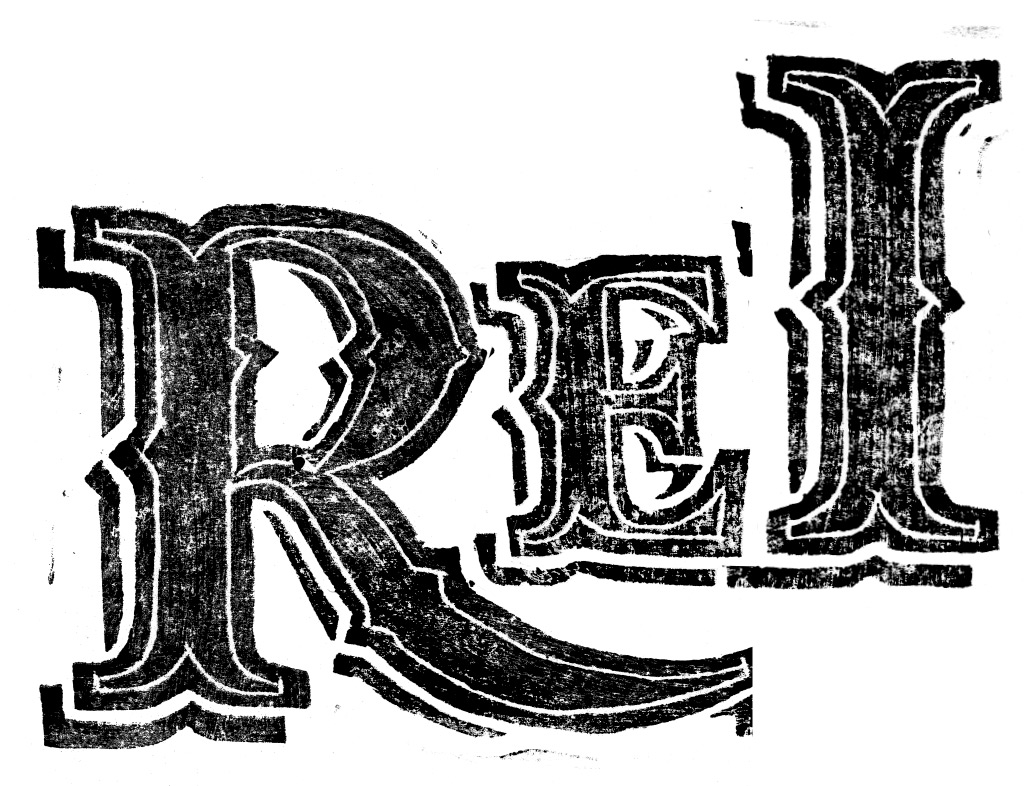 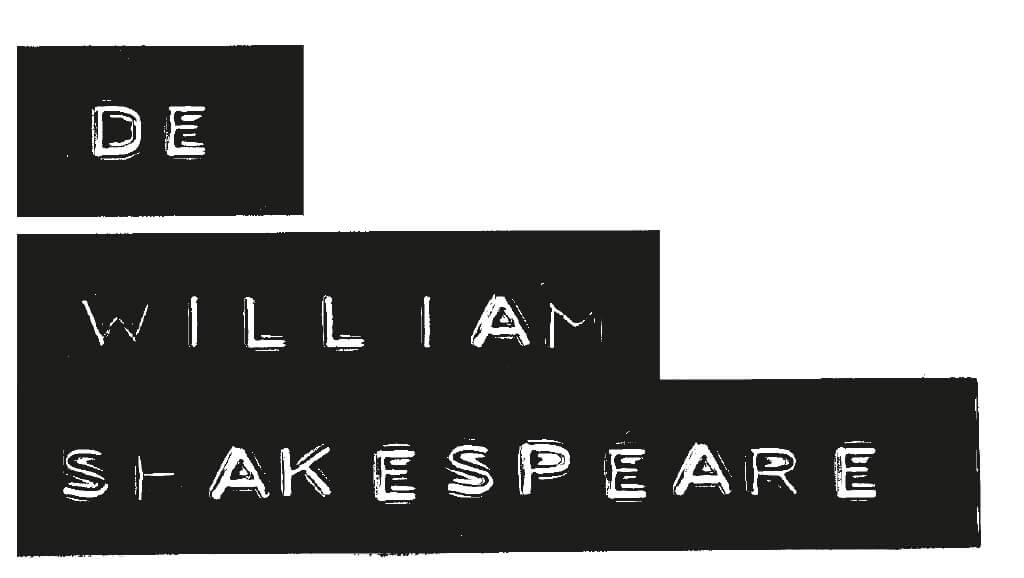