In sections of Johannesburg, on electrical boxes and city walls, are pasted flyers simply saying LOST LOVER, in bold blue or red text. They are strangely beautiful, both because of their simplicity, but also the complexity of their evocation. The two simple words are rarer and less candid than similar flyers offering abortion, genital enlargement and debt resolution, and, when on their own, can provide a sensation of poetry on the streets of a hard city. They suggest that amongst our basic needs, is the fulfilment of desire, of love, of yearning, whether lost or taken away. They also suggest that on a very base level, what makes us human, what defines our humanity is the longing for a different reality.

LOST LOVER, first presented at Lanchonete<>Lanchonete project space, Rio de Janeiro, Brazil, is a video program exploring this allegory of longing – whether it is for a reclaimed or new romantic, political or social reality. It took place in the street outside this project space, which is situated in an old snack bar in Gamboa, a part of the city where historically slaves arrived from Africa, and many years later, in recent history, was intensively and thoughtlessly gentrified to serve visitors coming to see major sporting events. This is within an area where communities were brutally traded, and oppressed, and their decedents, in turn, marginalized and ignored in favor of holidaymakers and moneyed cliques. To these communities, was presented a program in image, music and light that illuminates various strains of longing, offering different and new realities that were lost along the way, from across the Atlantic, and suggesting the need for new routes of reclamation. 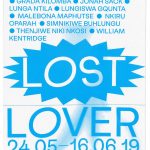 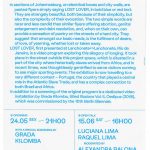 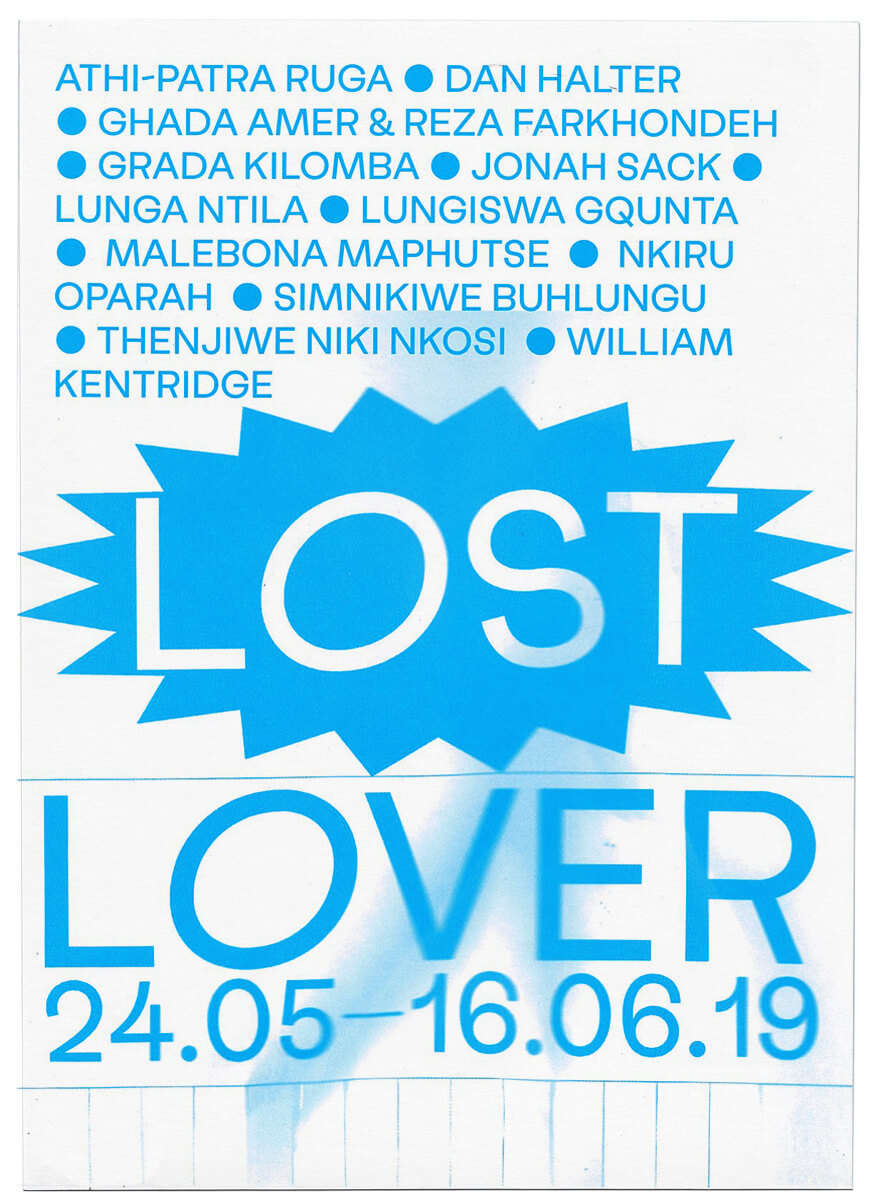 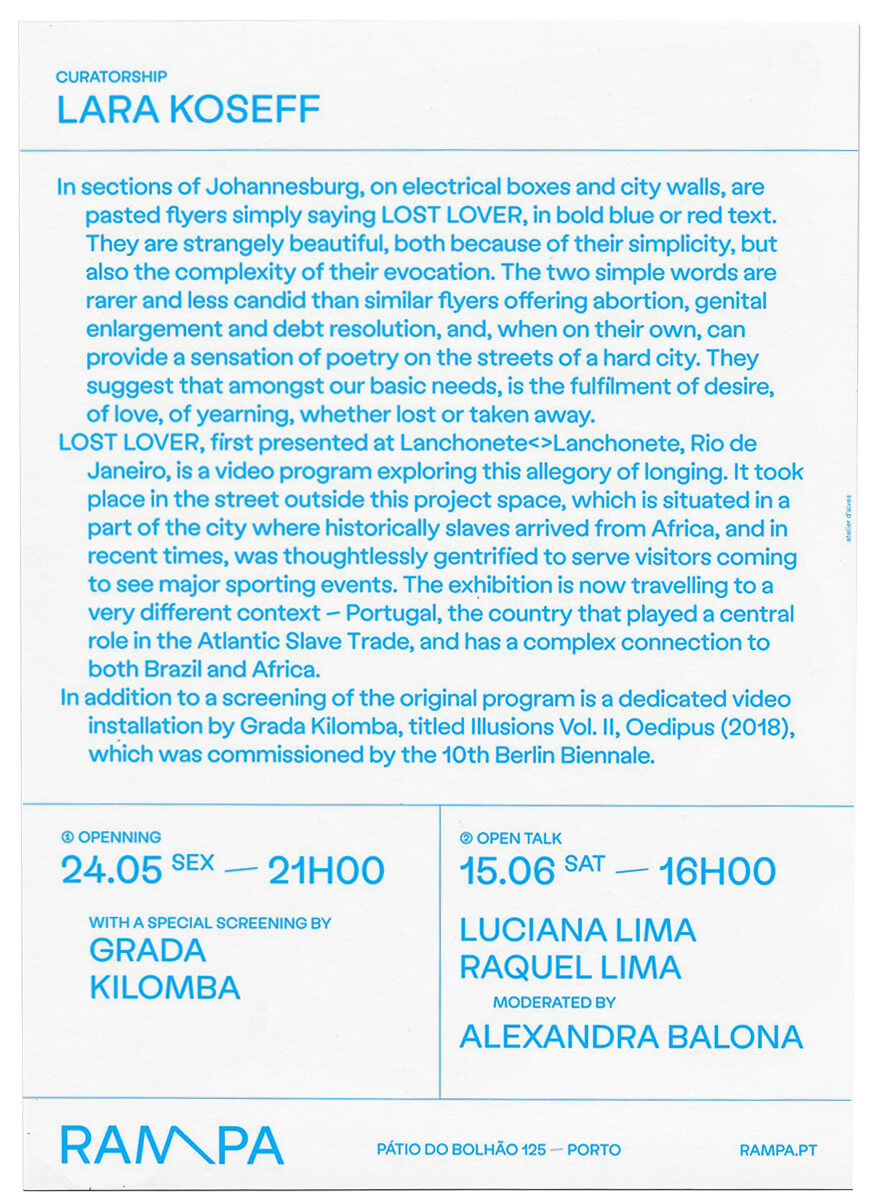